A Throne in Haze, a World Ablaze 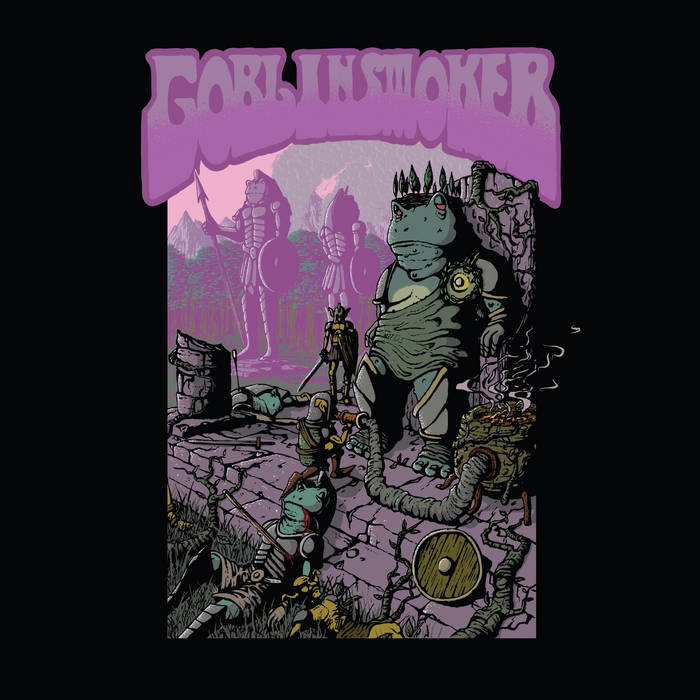 bread Heavy brooding riffs and gnarly unclean vocals.. This is my kind of DOOM! I can smell the reeking stench of rotten flesh coming out of my speakers!! Favorite track: Let Them Rot.

This track picks up the story where ‘Toad King’ ended. Following the shamans warning, the Toad King has marched his goblin army to the city of his own kind. He delivers a battle cry before leading his goblin hordes in a charge on his ancestral home, burning anything and anyone in sight. “Death everywhere, none for the smoke. Death everywhere, just for the throne.”

Set immediately after the city has fallen. The Toad King sits on his new throne in the city, the throne he would never have been granted. Still full of rage, he sits as the bodies of his own kind, as well as his fallen goblin subjects, smoulder around him and he cries out to “let them rot”.

This track deals with feeling that change has come and the anxiety of the new, dark future. The world is not what is was and the goblins have come out from the shadows. It also hints at the third and final part of the trilogy, proclaiming the shaman has one final move to make. “True darkness awaits.”

Telling the story of the Toad King.

Bandcamp Daily  your guide to the world of Bandcamp

Serena Cherry debuts her black metal project, plus a Pick from the Crypt block from Svalbard